I love having the wonderful--and wonderfully talented--Elizabeth Seckman visit anytime. She's cream of the crop, but then you guys already know that. Elizabeth has been on tour promoting Fate Intended and was gracious enough to make a stop here.

Please welcome one of Charlie's Scribes.

Hello Jeff. I know losing your love, Myra, has been a heavy weight on you, but I'm glad you're back. We all love you and offer up some big virtual hugs.

When I was thinking of topics for this stop, one kept jumping into my head.

But the thought wouldn't go away, so I am going to share it.

I believe in Heaven.

Heaven with a capital H. Like it's so real to me, I think it should have a zip code.

My big brother, Grub (nickname...goofy family...enough said?), was an atheist most of his adult life.

When he was diagnosed with an advanced stage, highly aggressive cancer, he remained stubbornly entrenched in his "the Bible is a fairy tale" thinking. Talk of religion would so infuriate him...he even cussed a nun who came to pray with him.

So, I kept my mouth shut and prayed God would intervene.

One day I went to the hospital to visit him and he was sitting with this little old man. The old fella was iconic West Virginia good old boy...complete with worn blue jeans and suspenders. The man stood as I came in and said it was time for him to go, but would my brother pray with him before he left?

I thought, Oh, boy…poor old fella is going to get an earful. But, without hesitation, my brother said yes. He winked at me and said, "Come on Grits (another crazy nickname…seriously, what is wrong with my family?) come on over here and pray with us."

Shocked doesn't cover it. I was stunned. I went over and took his hand and the old fella’s hand and the tears just started rolling. I wanted to ask, but didn’t dare…was he being polite (and feeling guilty for the nun) or was he having a change of heart?

After the man left, he told me:


I'm only saying this once, and I don't want any I told you so's. I just think you should know...when everyone leaves at night, I'm not alone. I suppose you'd call Him Jesus, or whatever, but at night, He's here with me. I can see Him. I can touch Him. Now that could be the crazy sh*t they're dosing me with before bed, but to me, He’s as real as you are. I think I understand what you’ve been nagging me about for so long. Now, that’s all I’m saying. It’s personal, between me and Him.


So, why does my big brother meeting Jesus make me believe there is a Heaven? Well, because Jesus said there was a Heaven, and if He is making hospital calls, then He is real.

Fate Intended is the third book in the Coulter Men Series.  Trip is the last of the Coulter sons to find love. He’s a handsome man with all the skills a young spy needs to succeed. But when it comes to love, he misses the target. Jane is a sweet beauty who may or may not be wanted for murder. She’s hiding out as a cleaning lady when chance brings her and Trip together. It looks like a happily ever after is in the cross hairs until reality tries to destroy what fate has intended.

a Rafflecopter giveaway
Posted by Jeff Hargett at 12:01 AM 39 comments: Links to this post

Holding true to tradition, I give my love two cards each Valentine's Day. Although she can't accept chocolates or Teddy Bears, she'll still get her cards.


Happy Valentine's Day, Myra.
You are deeply loved and missed.

Life Inside the Crystal Ball

Months (and months and months) ago, I promised to do a proper post on Seers: Ten Tales of Clairvoyance, the short story collection edited by Rayne Hall. This is the one that contains my second published story, The Watcher.

Rayne Hall collected ten short stories penned by ten writers, including yours truly. Each story deals with some aspect of clairvoyance. 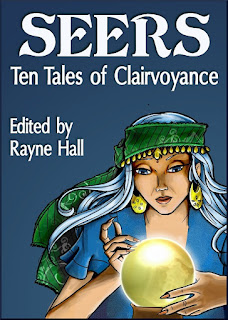 We've all heard about (or maybe even visited) those who peer into crystal balls. My story, The Watcher, takes the reader inside the crystal ball itself and shows one day in Sadie's life. Sadie knows nothing of our world. Hers changes each time Seer Shinta Makmur reads a female's fortune. And sometimes those fortunes turn bad.

While I enjoyed the entire collection, there are a few in there that beg to be read. Nearly eight months later, some of these tales are still vivid in my mind. At my age, that's saying something.

On an unrelated note... While I'll not make a full post about it, I will mention that on Wednesday, February 12th, this little blog of mine turns two years old. Cake and ice cream will be served during the Sponge Bob Squarepants show.  My, my, our babies grow up so fast, don't they? 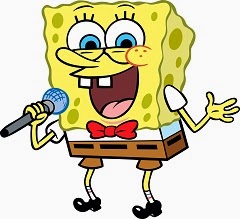 Finding My Way Back

After The Bonding comes The Awakening, the second installment in the Strands of Pattern series. Electronic dust has accumulated on this work in progress like Canadian snow. Months passed with not a single word added.

I'm now clearing away that electronic dust. I'm working on my manuscript and again developing the Magic Muse software in which I write my story. (Sorry, Scrivener, I love you, but I require more than two windows open at once. Besides, I'm still a software developer at heart.)

The screenshot shows the start of one of the new chapters. You can enlarge the image and discover just how crappy my initial drafts really are.

I also intend to resume blogging, though I can commit to no set schedule. Adjusting to life alone after thirty years takes more than a few months. I'm a creature of habit and am still trying to establish a new routine.

Time is even more precious now than it was. I've had no choice but to reevaluate priorities. Sadly, my weekly Sunday Surfing posts will likely be a permanent casualty.

This journey has taken many months and it's nowhere near over. In truth, it probably never will be. But I can now say that, as slow as it may be, I am finally finding my way back. And I'm deeply grateful for all of you who have held my hand and encouraged me along the way.