Q&A with James I Marino

James Marino is a man who wears many hats. A marketing analyst at a Fortune 500 company for 11 years, James is also an adjunct professor in English and communications at Southern New Hampshire University, and on November 6, he added one more title to the stack as he became a published author.

His formal path to professional writing began in 2007 with his enrollment in the Master of Fine Arts in Fiction Writing program at Southern New Hampshire University. He began writing his first novel, The Keepers of Mercia, during that time, and was excited to see his project come to life on November 6th. 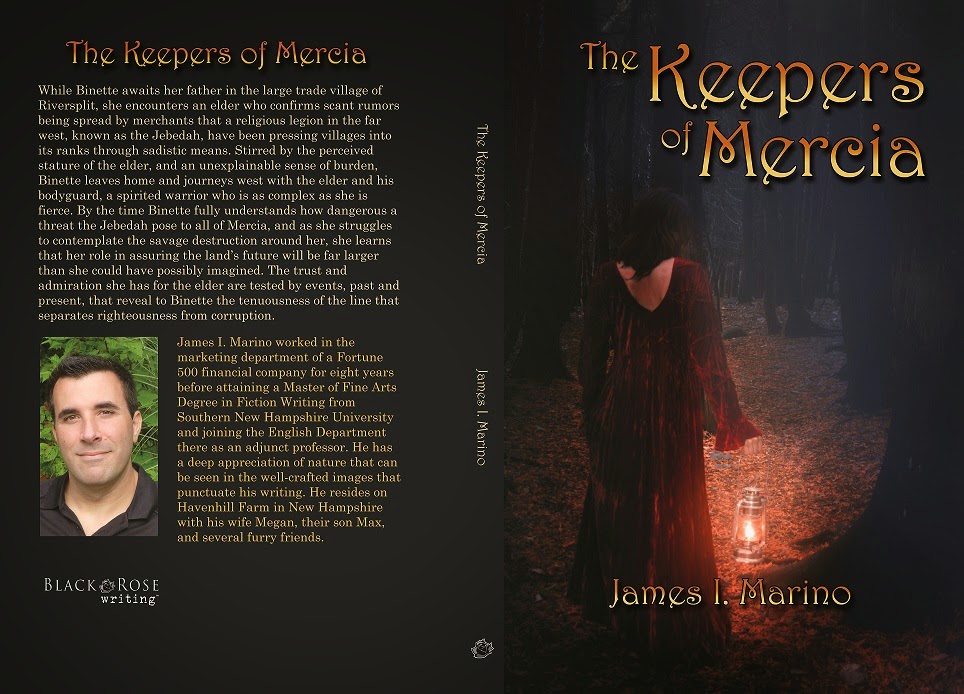 Here’s a quick Q&A with James – a man who would bring a volume of all of Shakespeare’s works and Pink Floyd’s CD Dark Side of the Moon to a desert island – to learn about his background, writing process and upcoming novels.

It’s one of those things that just happened – I’ve always enjoyed writing for classes, whether in high school or college, and everything from essays to literature reviews. I formed a great like for creative writing, especially when I realized how taking creative angles can make my work stand out. From there I realized – I can keep doing this! I don’t have to be in school; I can write for myself.

What is the inspiration for your book?

At some point, we realize our mentors – parents, celebrities, teachers, whomever – aren’t perfect people. They have flaws. They’re human. As a young person that can be scary, because growing up, you rely on those people. They’re a safety shield between you and the world, and it’s unsettling when that safety shield disappears and your safe, comfortable world is stripped away.

[With this in mind,] The idea for the novel came to me in bits and pieces, like mini movie clips of scenes in my mind. Eventually, these wrapped themselves around a ‘coming of age’ story, about having to grow up and make your own way in the world.

Describe your writing process – do you have any quirks or rituals? Did you know how it was going to end?

Some writers do [have quirks and rituals] – but by and large, you have to sit down and write. Whether you feel like you have writer’s block, it makes no difference. You must be regimented and disciplined; you just have to get it done. In the MFA program, I wrote for two to four hours a day. Some days that would yield half a page and some days, two to three pages. But you have to sit and work on it.

It’s also important to remember that a story is a living, breathing thing. I had some ideas about where I wanted to go and what would happen to some of the characters, yes. But as you go, you come up with new twists, turns and ideas. I began with a tentative roadmap, but really the story isn’t done until it’s printed. I made changes right up until I had to turn in the final copy for publishing.

What is the most rewarding part of writing your first book?

Being signed by a publisher has added a layer of validation to that as well. It’s difficult to write, and it’s equally difficult to get it published. My hat’s off to anyone who has written anything.

Who have been your biggest supporters?

They would have to be my mentors from the MFA program, who are all professional writers and authors. They taught us the good, the bad and the ugly about writing and publishing, and they taught us everything about making a go in this business and trying to succeed, which can be very difficult. Other members of the writing community and my MFA class, a cohort of twenty students, have also helped because as a writer, it’s important to be engaged.

On top of that, family, friends and coworkers, were truly supportive. They knew I was in an MFA program, and they knew that I was writing throughout the program and have continued. I actually shared the cover with all of them, and the response has been very encouraging.

How have you balanced working full-time and writing a novel?

From 2007-09, I went down to part-time. As the MFA program was non-residency so I didn’t have to be on campus all of the time. For the most part, I was able to do that work from home and strike a balance.

I was nervous in that I knew it was going to be a lot of work, and I wasn’t sure how challenging that was going to be. And it was challenging – but certainly not something I couldn’t do. It’s when you hope something will work out, you hope it’s beneficial to you, and you hope you don’t go home and regret it. And I didn’t.

What lessons have you brought back to the workplace from your experience?

Writing a book reinforced how invaluable those tools are in accomplishing a goal. Regardless of the challenge – work, school, life – these are the keys to getting it done. It’s nothing earth-shattering; it makes sense.

James is familiar with persistence – he finished The Keepers of Mercia in 2009, and though he spent a few months re-working parts of the novel earlier this year, it has taken five years to complete the publishing process. In that time he’s written another novel, government thriller Throwaway Pawns, and has three other novels in the works as well.

The Keepers of Mercia is available at:
On Amazon US
On Amazon UK
On Barnes & Noble
At James I Marino's website (http://jamesimarino.com/) (signed copies and free shipping!)

About James I. Marino: 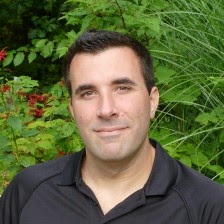 James I. Marino is the author of the novel, The Keepers of Mercia. James’ love of writing can be traced back to his high school days. Inspired by the works of Jack London and Stephen Donaldson, James began to tinker with short fiction. As an English degree student at the University of New Hampshire, he fell in love with a wide range of fiction, including the works of Shakespeare, Hemmingway, Dickens, and Emily Bronte, among many others. His admiration and enjoyment of the mastery of craft displayed by so many powerful writers encouraged James to press ahead with his own writing, and as the words began to flow, he recognized that his desire to write was something more than a hobby. He went on to complete a Master of Fine Arts degree in fiction writing at Southern New Hampshire University.

Following the completion of his degree, James joined the faculty at Southern New Hampshire University as an adjunct instructor for both the English and Communications departments. He teaches various English composition and public speaking courses.

Having grown up on a small farm in rural Dunbarton, New Hampshire, James developed a deep appreciation of nature that can be seen in the thoughtful, well-crafted images that punctuate his writing. He lives on Haven Hill Farm in Canterbury, New Hampshire with his wife Megan, their son Max, and several furry friends.

Posted by Jeff Hargett at 12:01 AM 7 comments: Links to this post