Taking the World by Storm

From the Amazon Best Selling Series!

A storm gathers across the galaxy…

Commanding the Cassan base on Tgren, Byron thought he’d put the days of battle behind him. As a galaxy-wide war encroaches upon the desert planet, Byron’s ideal life is threatened and he’s caught between the Tgrens and the Cassans.

After enemy ships attack the desert planet, Byron discovers another battle within his own family. The declaration of war between all ten races triggers nightmares in his son, threatening to destroy the boy’s mind.

Meanwhile the ancient alien ship is transmitting a code that might signal the end of all life in the galaxy. And the mysterious probe that almost destroyed Tgren twenty years ago could return. As his world begins to crumble, Byron suspects a connection. The storm is about to break, and Byron is caught in the middle… 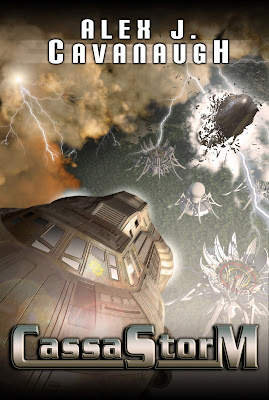 “With a talent for worldbuilding and a compelling cast of characters, Alex J. Cavanaugh combines high powered space battles and the challenges of family dynamics to provide readers a space opera with heart.”
- Elizabeth S. Craig, author of the Southern Quilting and Myrtle Clover mysteries

“I thought the revelation was going to be one thing and I was completely wrong … CassaStorm pushes the limits…”
- Tyson Mauermann, Speculative Reviews

“…mesmerizing story of survival, personal sacrifice, tolerance, and compassion. It’s a rare jewel that successfully utilizes both character and plot to tell a story of such immense scope and intimate passion…” - Nancy S. Thompson, author of The Mistaken


Alex J. Cavanaugh has a Bachelor of Fine Arts degree and works in web design and graphics. He is experienced in technical editing and worked with an adult literacy program for several years. A fan of all things science fiction, his interests range from books and movies to music and games. Online he is the Ninja Captain and founder of the Insecure Writer’s Support Group. The author of the Amazon bestsellers, CassaStar and CassaFire, he lives in the Carolinas with his wife. 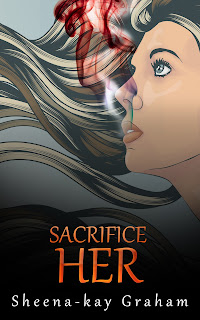 Title: Sacrifice HER by Sheena-kay Graham
Goodreads: Sacrifice HER
Release Date: December 2013
Summary: When a city is at stake is the life of one sixteen-year old girl worth risking thousands? Deidra Moore goes on the run after escaping from a group of human sacrifices for Bane: God of War. She doesn't believe he exists and sees uncertainty in the scorching desert as a better alternative. But Faux City isn't finished with her and their leader Lord Brinn is ordered by Bane - through one of his maiden worshipers- to bring her back or face dire consequences. In the desert Deidra meets a wanderer named Kane and as feelings spark can they find a safe place to lead a new life before Lord Brinn and his soldiers catch up with them? Yet the question remains. Does Bane really exist and if he does what will happen if either side succeeds or fails? Told in alternating perspectives of both the runaway servant girl and the blonde strong willed leader.

Sheena-kay Graham was never meant for a traditional job behind a desk. Her childhood career plans included becoming a ballerina, actress or someone who helped people. So naturally she decided to be a writer who writes from her bed. Yes, no desk for this Jamaican book lover. No matter if it’s reading, writing or using the computer....you get the gist. The love of the written word has always been with her leading to stories, novels, poetry and way too much fan fiction. This Christian woman can be found trolling Amazon online, in local book bookstores, watching movies on the big screen, or in her bed, or reading/writing/on the laptop...again in her bed. Mainly writes YA fiction and is ready to unleash her creativity to wow the masses.

And for a final bit of wow factor. Look at what I got for free without asking. 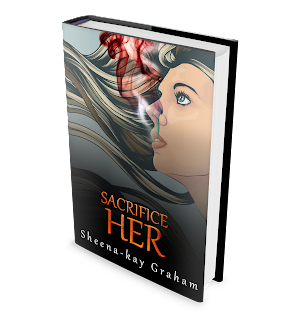