August is Awesome Because of Lauren Ritz 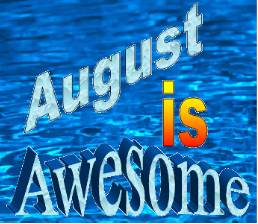 Today's awesome guest is one serious writer!  Not many of us would give up our day job and commit a full year to nothing but our writing.  Yet Lauren has!  And she's cranked out a boatload of work during that well-used time.

I've had the privilege of critiquing not one, but two of Lauren's books.  She has a talent for bringing characters to life and has a writer's voice that's a pleasure to read.  She gave me some amazing feedback on my book as well.

And she's provided two posts for you!  Both offer glimpses into who this awesome writer is.  Please welcome Lauren Ritz!

I have this insatiable need to rescue books from thrift stores. There's just something about a book sitting on that shelf with a sticker on it that says it costs 50 cents. I get the same urge at the library book sales, where I have to clutch my wallet and walk by without looking.

Actually I don't. I browse the books, and then walk away because I left all my money in the car (or at home, as the case may be). Deliberately. 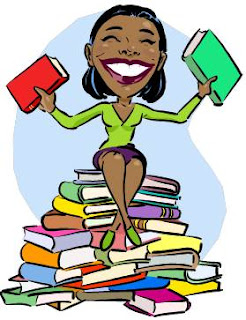 I have three bookshelves, and on most of those shelves the books are two deep. So the other day I went looking for something to read. I was in recharge mode, which means that I needed a break from writing, and I automatically headed for my paper friends. Old friends, many of them, and favorites.

I looked through three bookshelves, pulled out the front layers to check what was behind. Nothing looked right. So I sat there in front of one of the book-cases, pulling out books at random and then shoving them back in. Reading my favorite parts and replacing the books.

At that point my eye fell on the folder that holds my finished novels, and I spent the rest of the day reading them.

I've heard and read that if you still like your book you're not done editing it. I don't agree. Whether my books are ready for publication or not (which is another topic altogether) I like them. I can curl up in the corner of the couch and then look up at the clock and realize it's 3:AM, wake up at five with the imprint of pages visible on my cheek before I stagger off to bed.

Someday being the Book Rescuer may take on a new angle, when I have to leave my money in the car so I don't try to rescue my own stories from thrift-store shelves.

A Rainbow in Black and White

I was talking to my muse the other day and we got in an amiable argument over who writes better. I contend that she writes better, she insists that I write better. 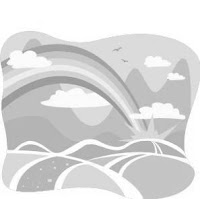 I can write a short story in 2000 words. She takes the same simple idea and it becomes a novel. Maybe she's got a writing fairy godmother. I don't know. But my writing is spare. It was described once as "placeholders in a shadow world" because you never see the characters, or the setting. No colors, no movement, no emotion. Not until I'm done editing.

She's got this eye for seeing all the plot points necessary to get from A to Z in a straight line. I wander off to 7 and 22, find a detour into G and then take off into the stratosphere riding Q. At some point I get to Z, but that Z may not be on the same line as the A I started from. So it takes a lot more editing after the fact.

It also makes conversations between us really interesting.

She writes in all the little details that flesh out the characters; hair color, eye color, whether they know how to tat lace or like talking to garden fairies. I start with a sentence on the page and it stays a sentence on the page. Just ink. Or pixels, or whatever, until I start the editing process. 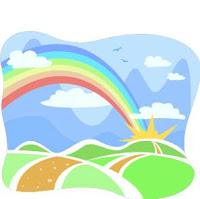 I give her the odd plot twists and ideas she would never have thought of. I also tone down her adjectives. She keeps me at least tentatively anchored to a single story, even if that story is in black and white. We work well together that way.

I asked her a few weeks ago if I could play in one of her worlds. I had a short story that I was working on that seemed to fit in perfectly with a novel she's writing. We started talking, and an hour or so later she started laughing. "You're writing a novel!"

It's a short story.

For some reason she see's suggestions and possibilities that I just can't see. So we discussed it, and talked it over, and it's 13,000 words so far, on its way to becoming a--well, at least a novella.

That's why she's the better writer. Because she see's the colorful possibilities while I'm arguing with myself over whether the black marks on the page are DPI or pixels.

About Lauren Ritz:
Lauren Ritz was born in Utah and continues to reside there, somewhat to the chagrin of those who know her well. She lives halfway between her garden and chaos, taking out her frustration with both in her writing.  She graduated with a degree in English (the first language kind) and is currently a freelance writer, at least until the end of August.

She began writing at the age of six with a "journal entry" about aliens flying through her bedroom window and landing on her wall. She tried to start earlier, but was handicapped by the fact that she couldn’t draw well enough.

Writing is her lifelong obsession, taking up the majority of her time when she isn’t involved in other less compelling interests.  She has nine novels completed and four of the nine completely edited.  So far no luck with the agent route.