Sunday Surfing and I Survived Vegas

With my trip to Vegas consuming most of my week, I found little time to rummage through the nooks and crannies of the web looking for nuggets of priceless wisdom and guffaw-inducing entertainment.

However, I did find a few that I wanted to highlight for your ever-progressing self-enrichment.

I came across some great "How-To" articles on self-publishing here and here and this one with still more links.

And after last week's fun-poking at felines, here's a link to a canine post for your enjoyment. Writers and their canine doppelgangers. 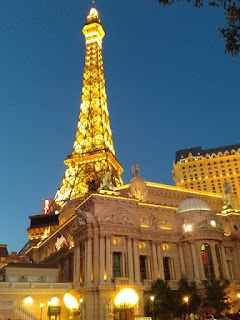 Also from The Kill Zone is the Hunting Down The Muse post.

Here is part 1 and part 2 of Carissa Taylor's Write On Con Recap.

Mooderino was busy last week providing some welcome Synopsis Support. And along those lines, you may also want to check out Your Book In One Sentence part 1 and part 2.

You survived April's A-to-Z Challenge. Did you visit all the other participating blogs? No? Well then climb on board for the 2013 Post A-to-Z Road Trip. 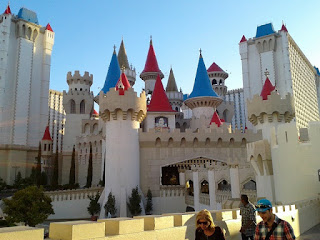 And about that Vegas trip I took last week...

I had my first chuckle within 90 seconds of paying for my hotel room. There I was, laptop bag in one hand, suitcase in the other. Before me stood a lovely, towering fountain.

Upon this fancy fountain sat a fellow more than a little inebriated. I doubt I'd have noticed him at all had it not been for the splash.

A southern baptist preacher couldn't have dunked him any better.

Now, the brain requires a few brief moments to process such things before it thinks about rendering aid. In this, my brain was no exception. I stood there gawking just like everyone else. By the time the thought occurred to me, he'd already arisen from his self-administered baptism.

With eyes as round as any I'd ever seen, he took in his surroundings while climbing back out of the fountain. He never spoke, but I'm fairly certain he realized he was drenched. I'm just not sure he understood how he came to be that way.

I would so love to know which questions were sloshing through his mind. His expression suggested so many possibilities.

The downside to the incident was the fact that the fountain was off and empty for the remainder of my stay. Perhaps it was due maintenance after the mishap or it needed a good cleaning. I somehow doubt it was the first baptism that fountain had seen. 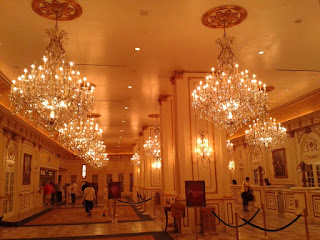 But the trip was both productive and fun. The flights were at full capacity, but were all on time. I managed to get You Are My Sunshine stuck in my head during the return trip thanks to a spontaneous mother and daughter in-flight duet. (I have to admit though, the girl had a nice voice for being three or four years old.)

The weather was great the entire time I was there. I snapped some nice pictures. I posted some here and more on Facebook. 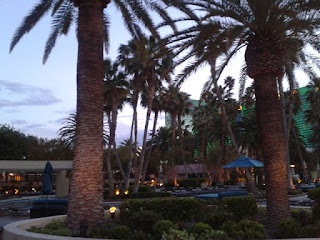 I ate at Gordon Ramsay's BurGR restaurant. (And that burger was way better than I expected!) I also had steak at Chef Emeril Lagasse's Cajun seafood restaurant. (I don't do fish.) Of course, everyone except me knew who these chefs were.

There really is something in Vegas for just about everyone--except for beaches, but they do have some nice pools. This last photo is from a pool area at MGM Grand.

Enjoy the links. And as always, write wisely.