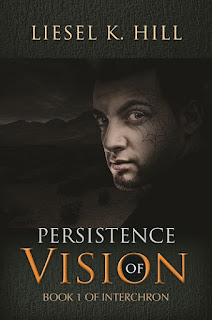 Please introduce yourself and tell us what your role on the team is?

My name is Joan. I live at Interchron with my daughter, Lila. My role on the team is that of Protector. That means I protect the team’s minds from neurological attack. In our world, evil men—sent by the collectives—can manipulate energy. They attack our brains because that’s where their power is. My job is to protect against that with neurological shields. I’m also skilled at using Offensive Energy against the attackers.

What’s the difference between your role and Clay’s role? They seem similar.

Clay is the Concealer. He hides the team’s minds from potential energies. If their minds are discovered and attacked, that’s where I come in. Clay’s ability is more specific than mine. It’s preventative while mine is responsive.

I understand you’re the “mother hen” of the bunch. Why is that? Do you see the team members as your children?

Yes. I’m the only member of the team who has living children right now. (Clay’s wife is pregnant so he will soon.) My daughter is an adult but I’ve never lost my protectiveness over her. The team lives and works together very closely—we practically are family. Perhaps it’s my age as well as being the only parent, but I’ve always naturally gravitated toward the “mother hen” position.

How did you get involved with the Interchron community?

I’ve lived at Interchron since I was a small child. My parents discovered it when I was a toddler. They immediately saw its value and we lived in the mountain from that time forward. As I reached adulthood, my neurochemical abilities began to manifest. Doc realized I could fulfill the role of Protector, so becoming part of the team was a natural transition for me. I married a man who also lived in Interchron. That was Lila’s father. He passed a few years ago, but as you can see, Interchron is simply part of me.

What do you think about Maggie’s return?

I’m so glad about it. Being the only other woman on the team, you can imagine we were close and relied upon one another a lot. I was heart-broken after the accident. I don’t know what it all means or what to expect, but I’m glad to have her back.

What is your greatest fear?

I think everyone’s greatest fear is to become enslaved to the collectives. For me, my daughter’s protection and freedom are even more important than my own. She may be old enough to fend for herself, but my fear is that she’ll never have an opportunity to raise a family of her own in a free world. The collectives are trying to steal her future, along with everyone else’s. 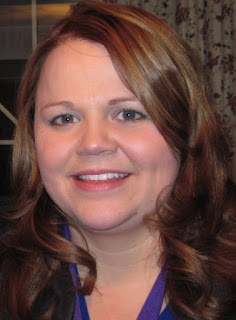 Liesel K Hill writes across three genres: scifi/fantasy, historical fiction, and crime drama. She lives in northern Utah and comes from a large, tight-knit family. She's a devout member of the Church of Jesus Christ of Latter-Day Saints and plans to keep writing until they pound the final nail into her coffin. Or until the Second Coming. You know, whichever happens first.