You guys know by now that I'm a geek and that I love geeky things like statistics and countdowns.  When I was young, I would spend every New Year's Eve listening to the Top 100 songs for the year.  Although I don't do that so much these days, I do still love lists and rankings and the like. 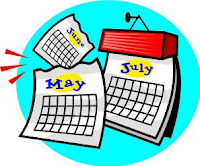 So I thought it was only fitting that I provide a few lists pertaining to my blog for the year.  I chose to list the Top 10 blog posts by page views and by comment count, and also include a Top 10 of my favorite (self-written) posts and why they were my favorites.

Now, without the excessive rambling that I'm so prone to do, here's my recap of 2012's popular blog posts.

My Top 10 Posts By Page Views:

My Top 10 Posts By Comment Count: (including my replies)

My Favorite 10 (Self-Written) Posts:
What about you guys? Which of your posts are your favorites? Do you have a list of favorite sites or posts on other sites? Favorite communities?  Links are welcome. (I'll be sure to check the SPAM folder and release any Blogger catches by mistake.)