H is for Harry Potter

I'm of the opinion that Harry Potter is perhaps the greatest story of our generation.  It's not that it's deep or profound or groundbreaking.  The prose isn't Shakespeare.  It's just a captivating story and great entertainment. 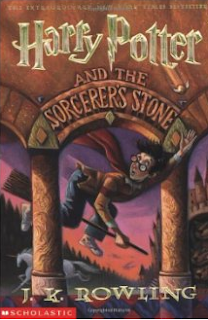 What makes it great in my mind is its impact.  Thanks to the Harry Potter series, thousands--perhaps millions--of children became readers for the first time.  The tale ignited a love of books in a generation attuned primarily to television and Xboxes.  A mindset fixated on fast food and instant gratification experienced the pleasure of kicking back with a good set of books.

Yes, we all love Harry and Hermione and Ron. We appreciate Dumbledore's wisdom and the allure of phoenixes and time turners and invisibility cloaks. The magic of Hogwarts entices us with its magical settings and spellbinding wonders.

I grew up with a spider who spun words in her web and a lion who saved a child. My Harry, Ron and Hermione were Charlotte, Aslan and Bilbo.  They were my imaginary friends.  They made me want to read.

I love science fiction and fantasy because of Harry Potter and his friends.
Posted by Jeff Hargett at 12:01 AM