Q is for Q

John de Lancie's character was named Q, not to be confused with everyone else in the Q Continuum, who were also all named Q. 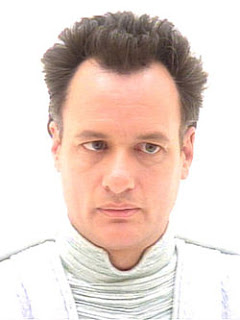 The guy is everywhere. All the time. He's omnipotent with an IQ of 2,005. He introduced us to the Borg. Carried us back and forth in time, not to mention other dimensions and places that don't exist.

He was an adversary we loved, looking down at the pitiful bipedal species called humans, yet endlessly curious about our quirks and oddities. He put the entire human race on trial and then gave us just a little bit of help to exonerate us.

And when this adversary shows up to do something nice for you, you'd best put the ship on high alert. Q is one reason why I love science fiction and fantasy.