X is for the Professor

Marvel Comics has enriched the lives of many young minds over the years. It just wouldn't be right to wrap up my A-to-Z Challenge of why I love science fiction and fantasy and not mention Stan Lee. 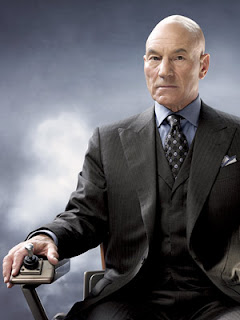 Without Stan Lee and Marvel, there would be no Professor X, no X-Men at all. There would be no Hulk, no Iron Man or any of the Avengers. We'd have no Fantastic Four and no Spider-Man.

And this holds true for the DC Comics universe as well. They gave us Superman, Wonder Woman and the entire Justice League. They gave us Batman, Green Lantern and awesome villains like the Joker and Lex Luthor.

These characters have given generations decades of entertainment and escape. They have employed artists, writers, printers, distributors and so many others. They've made stars out of actors and bigger stars out of other actors.

These characters have become part of our culture, part of our identity. What child hasn't dreamed of having a super hero's super power and saving the world? Of course, Professor X's mind powers are pretty cool.

All these characters are reasons why I love science fiction and fantasy.
Posted by Jeff Hargett at 12:01 AM